Is The Jeep Liberty Coming Back?

After the 2012 model year, Jeep decided to discontinue the Liberty in order to focus on producing the Cherokee. However, it seems as though the Liberty may be coming back soon enough, as CarBuzz has discovered a recent trademark filed by Jeep with USPTO for “Liberty.” The application was categorized under vehicles. 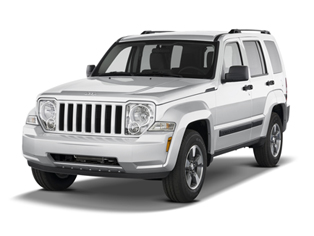 There is a reasonable explanation for Jeep's recent trademark application with the USPTO. According to USPTO regulations, as long as a trademark remains in constant use, it does not expire. If there is no activity surrounding a trademark for ten years, it expires and becomes available to others. The last time Jeep used the Liberty name was in 2012 when they discontinued the product line--roughly ten years ago. Ergo, they needed to file this application to keep hold of the name.

A potential justification for the trademark application is that Jeep might be resurrecting the name for a new electric vehicle. Although there's no allegation to back up this idea, it remains a likelihood. For example, Jeep recently brought back the Avenger name from the '70s for a newly designed all-electric subcompact SUV which will be retailed in Europe.

Therefore, an electric SUV such as the Liberty is logical. Jeep aims to launch four new all-electric SUVs in North America by 2025, including a vehicle called Recon--which will be influenced by the Wrangler--and an electric version of the Grand Wagoneer. The other twoSUVs are uncertainties at this point.